The Institute for Social Sciences & Humanities, also known as Iran Academia, is dedicated to academic teaching in the humanities and social sciences. The objective of the Institute is to advance rigorous learning opportunities for students interested in examining and analyzing current events and social developments occurring in Iran through the prism of the modern world.

The Social Studies program is an interdisciplinary master’s level study program that aims to provide students with a strong foundation for understanding social developments. Its main objectives are:

The principal language of instruction will be Persian. However, students may occasionally opt to complete their assignments in another language prevalent in Iran subject to the availability of instructors. Students may also elect to complete their assignments in several foreign languages. The option to complete academic work in a language other than Persian will require the prior approval of instructors. Some of the course-related resources are in English and obviously, a good command of English reading will be considered a prerequisite to admission.

The Social Studies program is a one-year study program for 60 ECTS. The Program will consist of courses valued at 7.5 European Credit Transfer and Accumulation System (ECTS) and a thesis of 15 ECTS. Students must at least enroll in six courses (45 ECTS) during the study program.

In particular, this program will, by means of a critical approach, focus on the methodology of social science research.

As Social Studies is an interdisciplinary field of study, the principal aim of the fundamental courses is to provide students with sufficient theoretical knowledge and understanding of its main underlying disciplines: critical thinking and political philosophy, sociological theories, and political economy.

This course explores major epistemological and methodological approaches in Social Science research. Based on the study of a set of methods for collecting and processing qualitative and quantitative data, we examine the main similarities and differences in the approaches covered.

This course follows a double goal: it is simultaneously an introduction to critical thinking and modern political philosophy. The modern reflection is essentially critical. We study the critical character of modern thought and examine the methods and skills of critical thinking, especially in the field of politics.

“Something is wrong.” The experience of wrongness is the starting point of modern critical thought. We analyze this experience on the basis of certain cases and try to find out how it has motivated critics and reflection.

After over a century from the birth of modern sociology, sociological analysis still relies on ideas and questions posed by the founders of the discipline. Much of the conceptualization of contemporary social issues is still grounded in perspectives developed by early social thinkers whose ideas shaped modern sociology. As an advanced introduction to sociological theory, this course introduces students to the sociological theories of Auguste Comte, Herbert Spencer, Adam Smith, Karl Marx, Emile Durkheim, Max Weber as well as Simone de Beauvoir; discusses the above theorists’ concerns with issues of their times and places of their living; relates these theories to core controversies in the historical development of modern society; draws out the relevance of these theories for the understanding of contemporary social issues; describes the continuing influence of classical sociological theory on sociology today, and prepares students for analyzing their own life through the application of sociological theory.

This course is designed to allow students to have a more complete and in-depth understanding of the economic system we live in (Capitalism) and of ways in which to think of and evaluate the system. The major topics that this course will cover include an introduction to a way of thinking about this formation and its problems. Emphasis will be put on economic analysis; market forces as manifested in demand and supply; analysis of economic theorizing; decision making and profit maximization by businesses in the marketplace; different market structures beyond pure competition; market failures and the role of the government; class conflict and class struggle. In addition, we will try and understand some basic philosophies of economics. The course also provides applications of these economic concepts to help students learn the applicability of basic economic principles to real life.

This interdisciplinary course focuses on the gender dimension of social change, especially women’s role and their individual and collective actions and strategies in the social movements in general and in women’s movements in particular. To illustrate the gendered nature of social change, we will begin with a historical and comparative review of changes in women’s status, gender relations and roles, and sexuality from pre-modern to modern times. Along with this review, we will explore different strategies and feminist theories that inform the participation of women in various collective actions and grassroots movements on the broader socio-political scale on the national, transnational, and global levels. Following this theoretical, global, and macro-level analysis, we will focus empirically on modern Iran and study the concrete trajectory of change in women’s status and roles in not only the sphere of formal politics and institutions associated with the state but also (in micro and mezzo levels) within the informal spheres of civil society and people’s daily lives within different social institutions such as the family, school, NGOs and local communities, literature and arts, religious and ethnic communities, work and

This interdisciplinary seminar-style course provides a specialized opportunity to graduate students to undertake studies at an advanced level in the field of human rights. However, the curse extends the issues and debates of human rights to the discipline of international political theory. As the main focus of analysis, this course examines the universalistic grounding, claims, and promises of the mainstream human rights discourse which has been prevailing over the world since the issuance of the Universal Declaration of Human Rights in 1948.

This course provides insights into the principles of democratic governance and its application in the modern world. Among other things, it will discuss how the application of good governance brings respect for human rights, the rule of law, and respect for civil society rights. It will also discuss how effective participation, transparency, and accountability can result in good governance. The course aims to provide an intellectual footing as well as the conceptual tools necessary to understand and evaluate critical issues of democracy and good governance. Policy advocacy, implementation, and evaluation well as scientific analysis are also primary topics of the course. Comparative methodology and quantitative and qualitative study of evidence from selected cases of authoritarian regimes and democratic systems will be examined throughout the instruction. Students in this course will be encouraged to work individually or in small groups to work on case studies and develop recommendations as well as discuss how best to implement those recommendations in their real case studies. 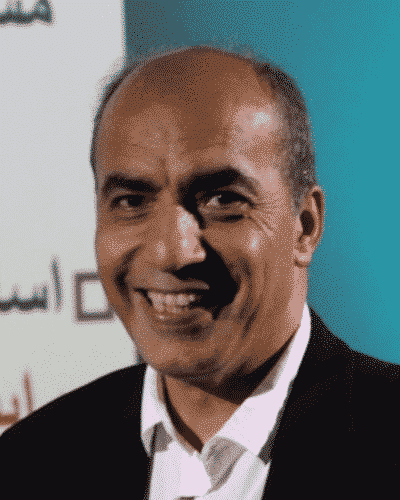