Argentine-Chilean-American novelist, playwright, essayist, academic, and human rights activist and member of the International Honorary Board of Iran Academia

Events related to this profile appear here. Click here to see all events!
If this is your profile, click here to suggest changes.

Vladimiro Ariel Dorfman (born May 6, 1942) is an Argentine-Chilean-American novelist, playwright, essayist, academic, and human rights activist. A citizen of the United States since 2004, he has been a professor of literature and Latin American Studies at Duke University, in Durham, North Carolina, since 1985. Dorfman was born in Buenos Aires on May 6, 1942, the son of Adolf Dorfman, who was born in Odessa (then Russian Empire) to a well-to-do Jewish family, and became a prominent Argentine professor of economics and the author of Historia de la Industria Argentina, and Fanny Zelicovich Dorfman, who was born in Kishinev of Bessarabian Jewish descent. Shortly after his birth, they moved to the United States and then, in 1954, moved to Chile. He attended and later worked as a professor at the University of Chile, marrying Angélica Malinarich in 1966 and becoming a Chilean citizen in 1967. From 1968 to 1969, he attended graduate school at the University of California at Berkeley and then returned to Chile. Since the restoration of democracy in Chile, in 1990, he and his wife Angélica have divided their time between Santiago and the United States. From 1970 to 1973, Dorfman served as a cultural adviser to President Salvador Allende. During this time he wrote, with Armand Mattelart, a critique of North American cultural imperialism, How to Read Donald Duck. Dorfman was supposed to work on the night shift at the La Moneda presidential palace the night before the Pinochet coup, but he had swapped his shift with his friend Claudio Jimeno, not knowing what was to come. Forced to leave Chile in 1973, after the coup by General Augusto Pinochet leading to Allende’s suicide at the Presidential Palace on 11 September 1973, Dorfman went on to live in Paris, Amsterdam, and Washington, D.C. Since 1985 he has taught at Duke University, where he is currently Walter Hines Page Research Professor of Literature and Professor of Latin American Studies. Dorfman was a member of the Group of 88, a group of signatories of a controversial advertisement in The Chronicle, Duke’s student newspaper during the Duke lacrosse case. Dorfman details his life of exile and bi-cultural living in his memoir, Heading South, Looking North, which has been acclaimed by Elie Wiesel, Nadine Gordimer, Thomas Keneally and others. In 2020 he wrote in the Los Angeles Times: “Fifty years ago today, on the night of Sept. 4, 1970, I was dancing, along with a multitude of others, in the streets of Santiago de Chile. We were celebrating the election of Salvador Allende, the first democratically elected socialist leader in the world. President Allende’s victory had historical significance beyond Chile. Before then, political revolutions had been violent, imposed by force of arms. Allende and his left-wing coalition used peaceful means, proclaiming it unnecessary to repress one’s adversaries to achieve social justice. Radical change could happen within the confines and promises of a democracy. I have often fantasized about how different the world would be if Allende had not been overthrown, three years later, in a bloody coup. I wonder where humanity would be if his peaceful revolution had been allowed to run its course and become a template for other countries.” Wikipedia
Persian Publications
English Publications

No Data Was Found

No publications was found in IAUP 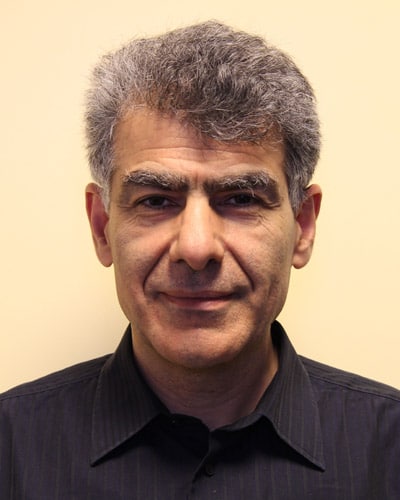